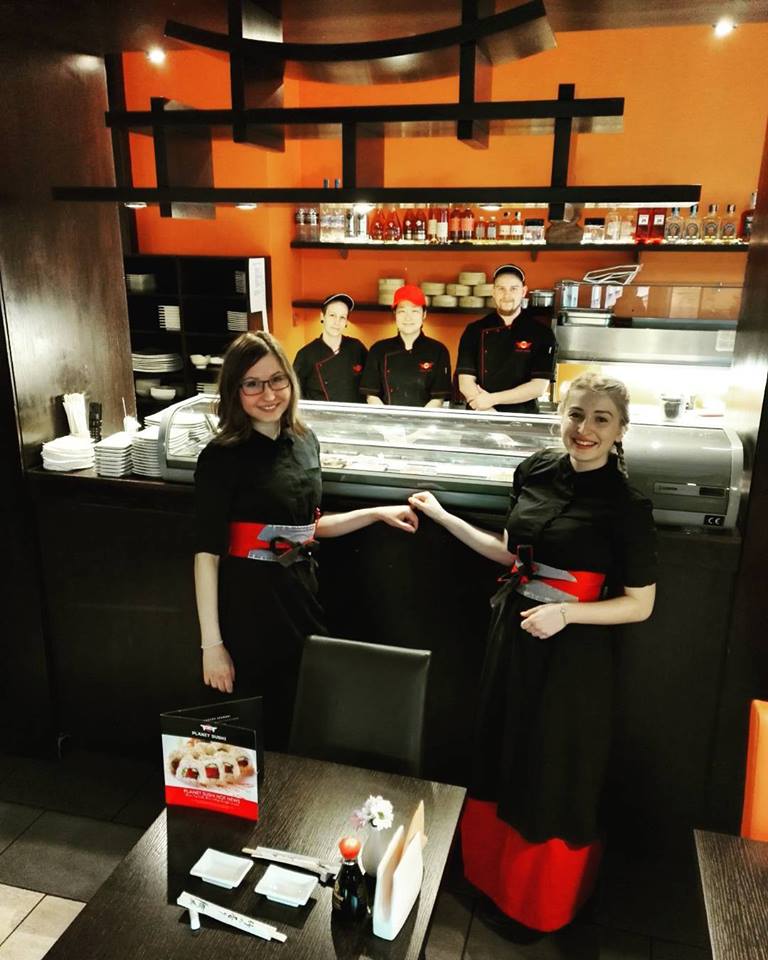 Read the story about the Planet Sushi restaurant:

One man wanted to reassure himself that Japan is more than samurais, geishas and sake. He went to the Country of rising sun to see it on his own. Tokyo made an impression on him of being very hospitable, but very different city. Old temples are situated in the closest neighborhood with astonishing skyscrapers, and the noise of multi-leveled loud crossroads is getting lost in beautiful green parks.

One morning walking the noisy wide street of Tokyo, he took a narrow alley that took him into a small cozy pub close to the old Shinto shrine. As he got closer to the gate of the shrine, a pretty young girl opened the door of the pub and with a welcoming gesture welcomed him in. So he went in and ordered a meal. While waiting for his sushi, he kept thinking about torii – the gate to the shrine, plotted against the rising sun. Girl came and gave him a warm towel to wipe his hands with. Then she brought sushi on a wooden tray and silently disappeared. He closed his eyes and let himself enjoy the harmony he was surrounded with. Suddenly he heard the sound of ancient Japanese gagaku music. He looked around, but couldn’t figure out where the beautiful music was coming from. As if the sound was coming of the walls themselves, and the entire area got filled with harmony and peacefulness. The man then left the hospitable pub, and dived into the crazy life of unfailing rhythm of Tokyo again.

Upon departure, he felt the taste of Japan in its true form – the form in which the old traditions of hospitality still live hand in hand with modern technology and fashion. And based on these original values of Japanese culture he has built the „Planet Sushi“ restaurant.